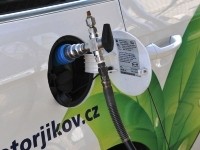 On 16 March it will be seven years since the so-called Voluntary Agreement between gas companies and the state has been signed. The agreement deals with the expansion of natural gas as an alternative fuel.

Last year 15.242 million m3 of natural gas was sold as fuel, which is by 26 per cent more than in 2011. The increase of the number of CNG vehicles corresponds with that growth – it is almost 44 per cent compared to January 2012. The greatest yearly increase was in the number of passenger cars and commercial vans, which rose by 49 per cent. There are currently 385 CNG-powered buses and 55 CNG-powered municipal vehicles in the Czech Republic.

The Voluntary Agreement was signed on 16 March 2006; this year it will be 7 years since support of natural gas for transport was introduced. “The threshold of 5 thousand CNG vehicles was achieved at the beginning of this year and motorists now have 45 public CNG filling stations available. Over 40 types of mass-produced CNG vehicles are on the market and CNG motorists can use underground public garages under certain conditions. The past 7 years have been very successful.

CNG vehicles are safe, environmental, have a long driving distance and the tanks do not take up room in the boot. CNG as fuel has overcome many obstacles such as vehicle price, refuelling speed, suitable legislative measures, driving distance, garage options, consumer and road tax reliefs, etc. 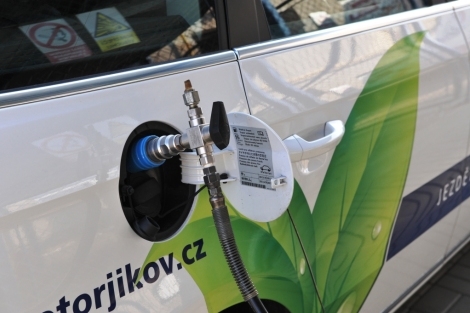 The price of CNG is currently half the price of petrol. The price per 1 cubic meter of CNG, which in terms of energy corresponds to 1 litre of petrol, is now 18 CZK, bringing huge savings to motorists. One litre of petrol costs 37 CZK. The difference in price is the main reason why the number of CNG users is increasing significantly. This is a worldwide trend. Over 1.7 million CNG vehicles were purchased worldwide last year. Analysts at the TechNavio company have published a global report on the NGV (Natural Gas VehicleAnas) market for the period from 2011 to 2015. It forecasts that the world market will grow to 19.8 million natural gas vehicles in the next 3 years.