February 2014 – MOTOR JIKOV Strojírenská has built the public CNG station in the industrial park right at the E551 arterial highway in the Pelhřimov direction outside the company own premises. Together with the ones in České Budějovice, Písek and Tábor the station represents a quatrefoil of compressed natural gas filling stations in South Bohemia. 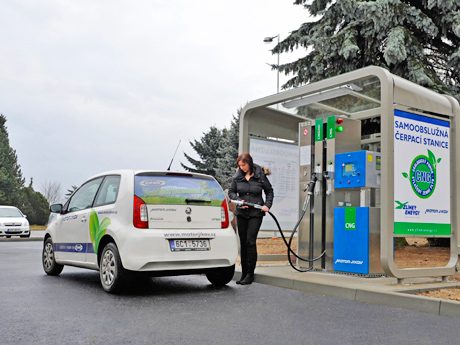 “Popularity of CNG powered vehicles has been growing therefore we are commissioning another station less than a year after the first public filling station in Písek. Due to the extending network, CNG-filling in Bohemia has been slowly achieving the level of the developed countries,“ says Miroslav Dvořák, Chairman of the Board and General Director of MOTOR JIKOV Group. 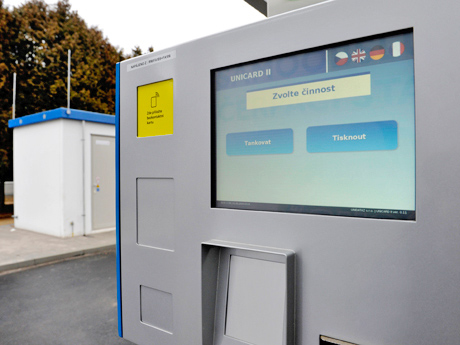 The MJ SAT station with a sophisticated filling technology, the Becker & Söhne compressor with the power of 157 m3/hour and a pressure storage tank 2,240 l / 285 bars, is equipped with the Adast dispenser with NGV1 and NGV2 filling nozzles and an integrated payment terminal. Drivers of passenger vehicles, vans and trucks as well as buses can use the 24-hour self-service. All standard payment cards, including the CNG Card, are accepted. The station has been designed and prepared to double its capacity if required. 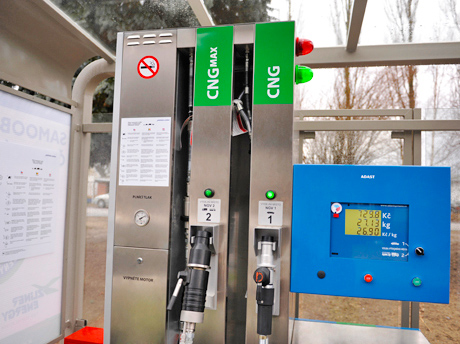 MOTOR JIKOV Strojírenská started a development and production of own CNG refuelling appliances in 2010. The production portfolio includes five types of compressed natural gas filling technologies for a wide spectrum of customers, starting with individuals through small and medium-sized businesses up to large companies. Last year it started building public filling stations; so far it has built CNG stations in Písek and Jindřichův Hradec. 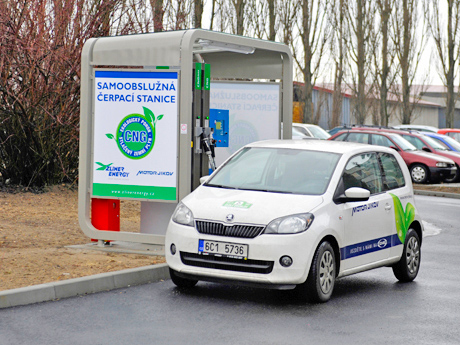 “Considering the increasing demand of motorists in Písek, we approach to doubling the filling power of the station. For example ČSAD Autobusy in Písek, which has been using the station fully, purchases another seven CNG powered city buses; among frequent customers are also drivers of private and company vehicles,“ adds Jiří Slíva, Director of the Special Machining and Production Division of MOTOR JIKOV Strojírenská in Soběslav. 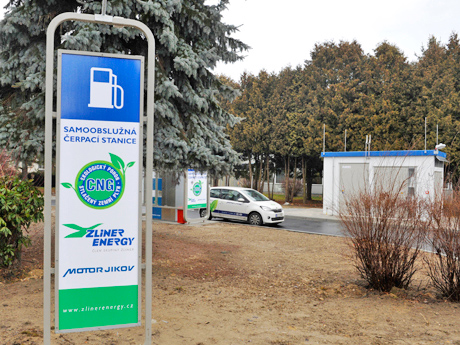 Almost 7 thousand CNG vehicles have currently been driven in the Czech Republic; another 35 stations should be added to the present 50 by 2015. Experts expect that in 2020 the Czech Republic should have about 400 CNG filling stations.